On My Block is a coming-of-age television series, created by Lauren Iungerich, Eddie Gonzalez, and Jeremy Haft.The first season, consisting of ten episodes, was released on Netflix on March 16, 2018. The show has been renewed for season 2 on March 26, 2019. Netflix announced on April 29, 2019 the renewal for season 3.[1]

Consisting of young black and Latino actors in what is many of their first major roles, the series stars Sierra Capri, Jason Genao, Brett Gray, Diego Tinoco, Ronni Hawk, and Jessica Marie Garcia. The series's diverse cast, storylines, and performances were praised by critics. 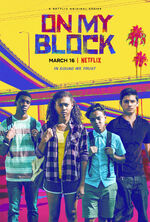 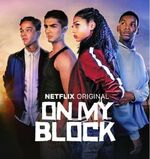 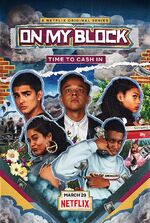 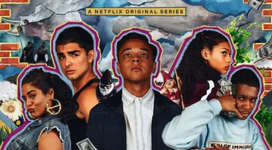 Add a photo to this gallery

Retrieved from "https://on-my-block-2018.fandom.com/wiki/On_My_Block?oldid=2888"
Community content is available under CC-BY-SA unless otherwise noted.