Monse and Jamal is the relationship between close friends Monse Finnie and Jamal Turner. They are portrayed by starring cast members Sierra Capri and Brett Gray.

Their friendship started at childhood, before the first episode of season one. They both grew up together in the same neighborhood.

Throughout the Series Edit

At the beginning of the first season, Monse and Jamal seem to have a strong friendly bond. They continue this throughout the season with Monse and Jamal helping each other with their problems. Later, however, Jamal's failure to obtain the RollerWorld money in Chapter 9 causes a great rift in the friendship, especially given that the money was vital to the preservation of Cesar's future. 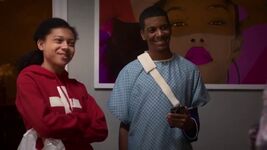 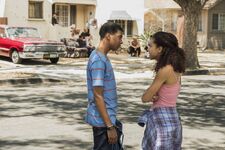 Add a photo to this gallery
Retrieved from "https://on-my-block-2018.fandom.com/wiki/Monse_and_Jamal?oldid=2864"
Community content is available under CC-BY-SA unless otherwise noted.