Diego Tinoco (November 25, 1997) is an American actor. He portrays Cesar Diaz on On My Block.

Diego was born in Anaheim, California. He is of Colombian, Mexican and Ecuadorian descent. 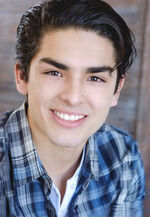 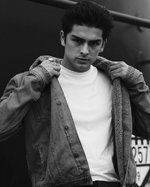 Add a photo to this gallery
Retrieved from "https://on-my-block-2018.fandom.com/wiki/Diego_Tinoco?oldid=2795"
Community content is available under CC-BY-SA unless otherwise noted.